Details
By Avi Quijada
Category: All Things Quijada
On August 27, 2015 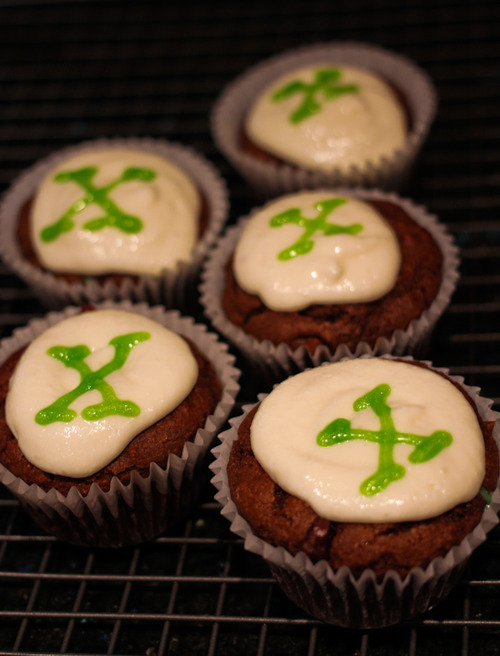 The first episodes of the third season have already set you off with much angst, the drama seeps from every pore of your VHS tapes. We’ve begun to see the consequences of Mulder and Scully’s investigations, the actions of his enemies, the caveats of working with their informants… and now, their own blooming partnership. There’s also monsters, aliens and viruses, but who can keep count?

So, are you ready for our snacking recommendations? Click after the jump for our full edible spread.

We’re deep into the woods of the emotional binging now. We have rough times coming ahead but that doesn’t mean that this season doesn’t deliver quite a mixed and full-flavored selection. After some consideration, and witnessing your snacking habits while rewatching with us on Twitter, I think I owe a full entry to this topic.

You may wonder, how does this define this season? I remember that some years ago I interviewed Frank Spotnitz and asked him what is his favorite season, and he wholeheartedly said it was indeed season three. He had his own reasons but looking through my own, I consider that this is because while the first and second seasons plant some seeds, the third one has established a dynamic in this duo that allows them to really work as a team. So sweets and liquor it is!

First, the generalities. We know not everyone will want to satiate their cravings with booze and carbs-- What? I’m the only one in here that cares for healthy eating? In any case, we recommend stocking up on a healthy selection of chips and cheese cubes, veggies, sandwich bread and cold meats; it should cover your needs for healthy subs. We really mean it, we’re trying to get you to endure. This season is heavy and an exercise in fortitude, and you’re going to need a good base for your snacking pyramid. Now that the formalities are out of the way, let’s move on to the treats.

Here are our recommendations for theme and non-theme snackers for our selection of episodes from The X-Files’, Season Three: 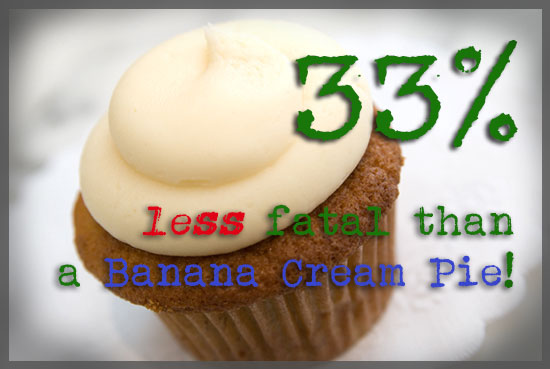 For the theme snackers, can I recommend a vanilla cupcake with banana cream frosting? I’d pair it with a shot or two of rum, or even whiskey. I know this is fancy, but just how many times have you attended such a populated rewatch? This one will be quite the event!

For you non-theme eaters but embracers of emotional binging, this is an episode that will, for sure, amuse you more than fill you with angst. Scully gets a pet, Mulder gets a heads up about his own mortality… and Clyde is even okay with leaving this world. We recommend buffalo wings, avoid the burgers. 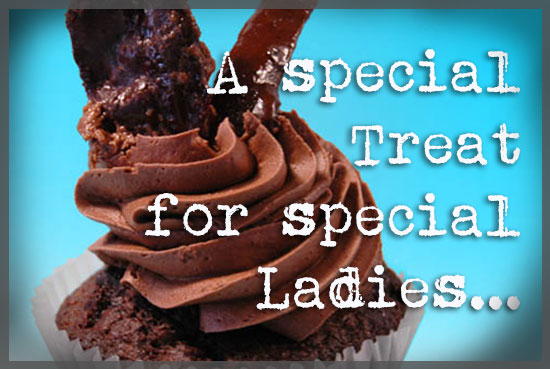 I watched this episode with my brother. Remember? The chef? He jokingly said… “I think you need a classic chocolate cupcake with dark chocolate ganache and a strip of bacon as a garnish.” Raise your hand if you found that offensive, but points for observing the theme. A shot of bourbon or a frosty guinness should go well with this. If you’re in for a more substantial meal, how about a BLT?

Whatever you do, I think you should avoid anything that involves a straw. 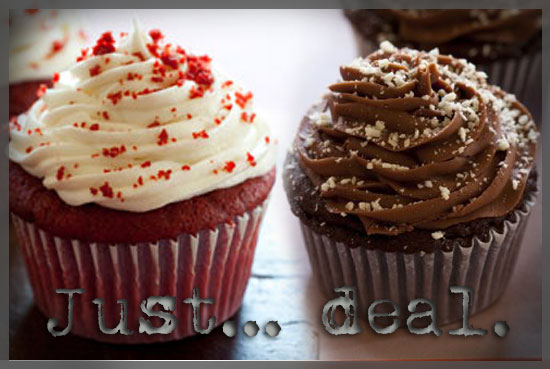 Now, this is a nail-bitter of a two-parter if ever I knew one! Mulder loses his gun so many times I’m always inclined to say that he didn’t use moisturizer, but butter. In which case, we should totally celebrate in that vein. One of our staffers told me, “You need two cupcakes, at least!” Okay, fine. But what about the angst? How do I combine the angst-dulling factor into this one? Let me introduce you to the amazing Steve from Mardy’s Munchies. You may remember him from THIS EVENT. Those Punk Mama’s Red Velvet & the Double Trouble Chocolate cupcakes are two of my favorites. Now, I know that LA is so far away from many of you… but just follow the lead here and let the chocolate butter cream soothe your feels. I’ve enjoyed these with a nice glass of Ruby Port or even an old fashioned Madeira.

If you’re one of those that’s just excited by all the manly action in this one, fine, grab your beer, grab your popcorn, and please, don’t forget to order pizza. The suspense will have you sweat out the carbs. Or so we hope. 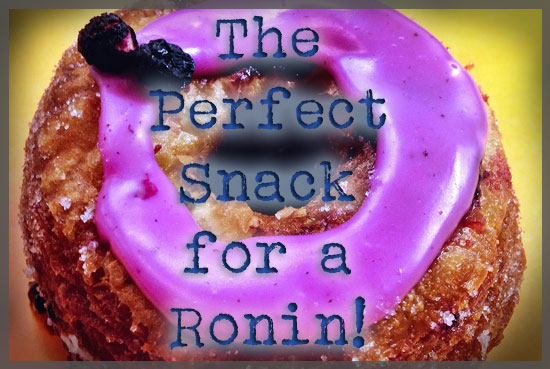 “Cerulean Blue is like a gentle breeze…” It’s one of the most famous lines of this episode and possibly the only soothing thing in the 42 minutes of its run. Robert Patrick Modell - not to be mistaken for the lovely (and probably equally hypnotizing) Agent John J. Doggett - plays around with everyone’s resolve, seeping into their layers of consciousness and manipulating his subjects to submit to his will. In that vein, I propose Frank Spotnitz’ favorite non-cupcake, the Cronut. Yes, I know I’m cheating, but really, you need the caloric value and complexity of this one to be able to level to this grade of theme-snacking. Bonus points if you get the people at your local bakery to drizzle on top some blueberry jam or frosting. As a pairing, I consider that you’re good with a mild white wine, and then really, call it a day.

For you non-theme snacker’s but equally emotional foodies, I’d go with a veggie tray, a bag of twizzlers, or just spring for that bucket of ice cream you’ve been craving for that one scene, you know the one… the duel. 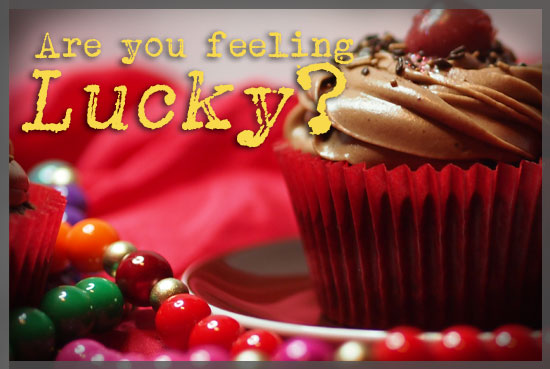 This episode tackled various aspects of the Chinese culture that many of us were very unaware of at the time. I’ve had the luck to not only be friends with a varied crowd of Chinese people but I’m also a great admirer of the culture. Unfortunately, let’s face it, finding the proper supplies to provide for a whole experience can be tricky.

I could be REALLY ignorant here and say, “Chinese don’t have cupcakes!,” or be equally ridiculous and offensive and say that there’s probably a great industry of rice cupcakes to provide but really, this is one episode that’s hard to stomach for a theme-snacker. But I’m committed to keeping up with it.

For this, we’ll recommend a nice cherry cupcake, bonus points if it has cherry ganache or a maraschino cherry inside, or in a pinch, as a garnish… It will remind you of those “donations” they had to make in the episode and let’s face it, red is one color that we can totally associate with this culture and theme. Baijiu would be the liquor of choice, but don’t fret, with this we just mean Vodka.

What if you don’t want to go that far and ruin cupcakes for you forever? But you also want to remain in the cliche area as well? Okay, then. Let me give you my usual order at Szechuan Garden. Are you writing this down? Fried Spring Rolls, Shrimp Fried Rice, Sweet & Sour Chicken, and of course, Chop Suey. That last one isn’t just a song from the 2000’s. Hope you kept some of that sparkling water from last time! 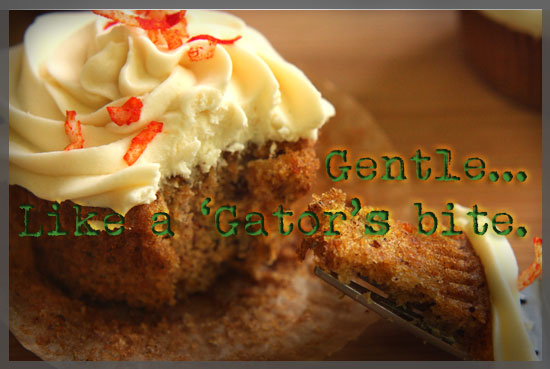 Oh sweet and unsuspecting Queequeg… the way that Scully cared for you almost makes me forget that you could have eaten your owner at the beginning of the season. For whatever reason, whenever I think of this fluffy pomeranian, instead of a little lion, I think of a carrot… and isn’t that convenient?

Let’s enjoy this episode with a nice carrot cupcake. You know the one; slathered with a scrumptious cream cheese frosting and perhaps some chopped nuts? My brother - yes, him - said that if the fans are from Louisiana they could even have a local bakery attempt to give them a salty cupcake of fried alligator… but lets not put even more crazy ideas in your head.

The drinks? A nice IPA wouldn’t be a bad idea, maybe this is the right time for a Shiner Bock?

More of a casual snacker for this one but still wanting to be in on theme? Then help yourself to some fish sticks or even a tray of shrimp from Costco. Too elaborate? Jeez, we’ve gotten lazy. Fine! Grab a can of tuna and crackers, but add some chives and cream cheese to make yourself feel at least a tiny little bit fancier. 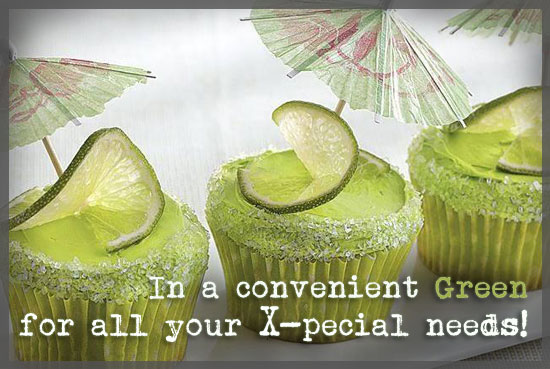 You've earned it. You've made it this far, so to prepare you properly, let me share with you my favorite cupcake ever! The Margarita Cupcake from Mardy's Munchies has it all. It's even green! I know, most of you are not in So-Cal... but if ever, hit Steve up and relish. This should serve as a nice transitional snack going into a fourth season full of alien goo.

Last but not least, for the ultimate theme cupcake, don't forget about those babies at the beginning of this blog, thanks to Fandom Cupcakes on Tumblr! Gobble up and snack away, we’re just a third of the way through. You’ll exercise in the spring. See you next month for the culinary recommendations for the next season of The X-Files.