Philes Talk Back - Who Inspired You?

A couple of weeks ago we asked who inspired you, and boy, did we get your responses. There were odes to Monica, a slew of Mulder made me want to believe messages, and we practically drowned in all the love thrown the way of our favorite Medical!Doctor, Dana K. Scully. Our favorites have been featured on social media and we will provide a link below, but one stood out above the rest. Ladies and Gentlemen, we ask you to bask in the glory that is the host of X-Philes Talk X-Files, David T. Harwood's essay in support of Krycek, The X-Files' most underrated bad guy.

They say that if life gives you lemons, make lemonade. Such resilient and, yes, entrepreneurial spirit is found in spades in the often underappreciated and misunderstood Alex Krycek. A second-generation immigrant, Krycek grew up in a country which was culturally far-removed from his ancestral homeland, and so it’s easy to be sympathetic when you realize he must have suffered considerable cognitive dissonance from an early age.

But Krycek made a go of it. He played the rules of the game and played them well, for a while. I mean, he was practically a baby when he joined the FBI. Just look at how fresh-faced a young professional he was when we first met him in Sleepless - even compared with today’s post-Grey’s Anatomy world’s standards. And talk about head’s down! He was the one who took the call about Duane Barry. (Where was Mulder? Enjoying a dip in a pool paid for by taxpayers while he was supposed to be on the clock.) 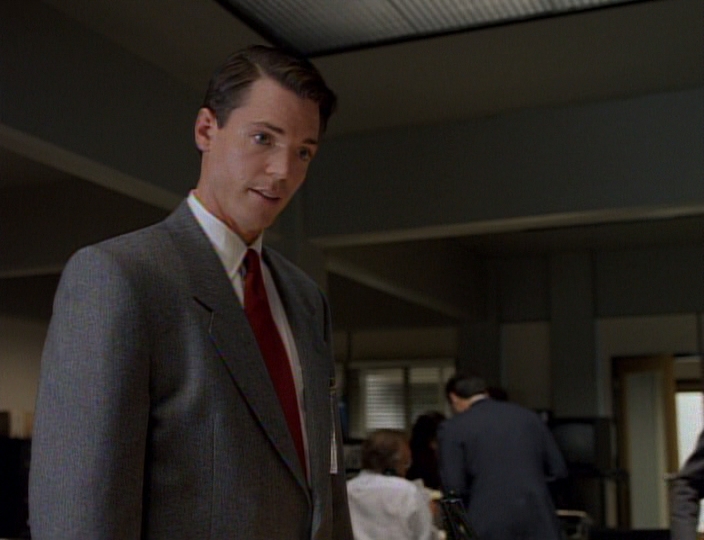 Yes, Krycek technically betrayed Mulder, murdered a ski lift operator, and threw in with CSM. All bad stuff. But remember how innocent he looked at the time? How about we just give him the benefit of the doubt here? If you’ve ever had to fill out any government paperwork, you know how confusing it can be. I bet navigating the complexities of Justice Department bureaucracy is even worse. And they don’t even have a “help line” that just tells you to refer to the contradictory instructions! But I digress... Worst case scenario: he made a couple of poor decisions. But, boy did he pay for them!

They tried to kill him with a car bomb. They left him for dead in an abandoned missile silo. But he never gave up. He survived. More than that, he thrived. He learned the hard lesson that in real life, you cannot depend on anyone but yourself. And so he swore allegiance to no single cause nor any single nation. In this big bad world, he embraced the fact that no-one was going to give him a handout, so he didn’t worry about helping out anyone else, either. In a show which obsessively gazes inwards at the American condition, Alex Krycek was out there exploring the world and making allies (and enemies) in all corners of the globe: Hong Kong, Russia, Tunisia. It’s no wonder that no less a woman than Marita Covarrubias, Special Representative to the Secretary-General of the United Nations, fell madly in lust with him.

And talk about his taste in leather jackets! Damn.

His story is, ultimately, that of the American Dream realized. From a family of immigrants, he rose. He paid his dues as an assassin, messenger, informant, and somewhere along the line found the time to invent some sort of cutting edge medical nanotechnology which presumably had teething problems causing him to be yet further misunderstood and maligned. But he eventually reached the pinnacle achievement within his chosen career path: de facto head of the Syndicate. And he did it with his girl by his side. Talk about happy endings. Because that was the end. Krycek, cunning to the last, avoided returning for The X-Files’ revival. Smart move.

If you’re only just now coming to the realization that Krycek was, in fact, one of the most awesome and inspiring characters in the show, don’t feel bad. You’re not alone. But now you understand that, I urge you: give the man a hand. 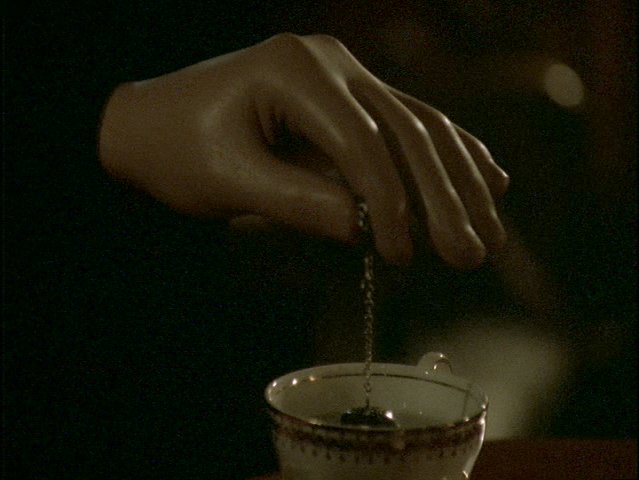 You're welcome, guys. You're very very welcome. And don't forget to check out all our other selections on Tumblr.