Memoirs of a Vidder 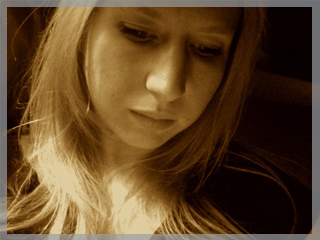 Erin Furnia is not at all what you would expect. She’s a wife and mother who moves her young brood every few years while her Army captain husband deploys for a year at a time. Even on her own in a house full of kids she maintains she’s always been a geek.

“I’m a music lover and I think I’ve always been vidding in my head. As far back as I can remember, I was listening to songs and visualizing scenes with them from my favorite shows and movies. I distinctly remember back when season 2 or 3 was on the air, thinking ‘In Your Eyes’ by Peter Gabriel was the perfect Mulder and Scully song and had it completely laid out in my mind.”

Erin joined the online X-Files fandom in 2006 where she discovered fan videos.

“I was amazed that there was a way to express what I was seeing in my mind and even more shocked that there were others doing the same thing. The rest as they say…”

Most X-Files vidders are known for their particular style and Erin is no different. She is known for videos that use very few effects and is not flashy in her editing.

“I believe great videos are able to evoke emotion and convey a message by having perfect clips paired with well-placed cuts and using every bar of the music to its fullest potential. So much can be said with so little, particularly with the ‘X-Files.’ So for me, the music is the focal point and driving force in my videos whether it is lyrical or non-lyrical. As a viewer, the music can make or break a video and that’s where a huge part of the self-expression of making videos comes in. My choice in songs and style reflects how I interpret the show or the emotion I’m trying to express between the characters and it certainly doesn’t resonate with everyone, which is okay. What is so wonderful about this fandom is there is always someone out there who shares your vision of the show. When I finally commit to using a song for a video, I listen to it incessantly and study it for a while. The lyrics, the timing and rhythm are all vitally important and it takes me time to absorb it and start piecing things together. I am by no means a fast vidder.”

For Erin, vidding has also become a family affair.

“I try and vid while they are asleep or at school, they always recognize songs I’ve vidded as ‘Mulder and Scully songs.’ They have no shame announcing that fact, rather loudly, in stores or public places. It happened quite often with ‘Love Remains the Same’ since that is a pretty mainstream song and it was hilarious. Thankfully, my kids are music lovers too.”

Erin’s first foray into vidding began with “My Best Friend,” a song by Tim McGraw.

“I made all the newbie mistakes in it and it still makes me cringe but it was the beginning of the addiction. I know so much more now but vidding is a constant growing and learning process and I still have a long way to go.”

Erin is most proud of her least popular video, “Resist or Serve.”

“The music was so powerful that I knew I had to use it for something. I am remastering it right now and the new and improved version should be up on YouTube and my website soon. A close second would be “Love Remains the Same”. Everything just came together so nicely with it and the song turned out to be a perfect tie in with IWTB.” 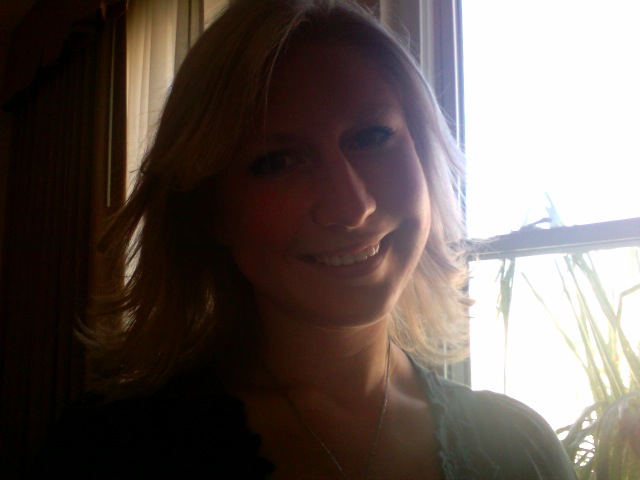 For Erin, the Mulder and Scully relationship is a huge inspiration and the epic relationship that comes with it, the easiest to vid. This makes the time and care she and other vidders put into their works lead her to believe in vidding as an art form.

“Vidding is not a recent activity...Fan videos first appeared as far back as the 1970’s and in numbers largely dominated by women, which I find fascinating. Most fan videos, remixing copyrighted material in a creative, noncommercial way, are transformative works and therefore not infringing copyrights. There is a non-profit organization that actively supports and defends not only fanvids, but all fannish creations, called the Organization of Transformative Works. I highly recommend vidders and watchers checking OTW out as well as the Code of Best Practices in Fair Use for Online Video. Hopefully, in the future we won’t have to defend ourselves at every turn and vidding will be widely viewed as a legitimate and legal activity.”

When asked about the perfect agreement that vidders and studios could come to, Erin mentions the disconnect between studios, online providers and the fans.

“The ease of online streaming video paired with the common availability of basic editing software that most often comes standard on operating systems, has created an issue that copyright holders were not prepared to deal with. Something has to give. YouTube and other video hosting sites will never rid itself 100 percent of fan videos and will continue to be targeted and fans will continue to search for ways to display their work. Eventually, I would like to see fanvids viewed as creative, transformative works by the studios that in fact generates interest and discussion of the original material instead of just plainly seeing it as infringing their copyrights.”

Erin became a Phile like so many of us did on a cool fall night in 1993.

“I am a first generation fan. I started watching the night the Pilot aired. I remember seeing ads for this new show that featured aliens and all things paranormal and I was instantly intrigued. What hooked me for life, however, was Mulder and Scully. I think it goes without saying that the undeniable chemistry between them was what drew me in but also their individual character traits as well. Strong female characters that could keep up with the boys were rare on television back then. Later on, I became completely fascinated with Mulder’s character, as I related to him in so many ways.”

It was that fascination that led Erin to find an online community of fans, fans that called themselves Philes.

“I love that there are constant meet ups, that so many of us are so close to each other yet physically so far away and that the common bond is the show. Some of the most amazing people I’ve ever met, I met through the fandom.”

Being a Phile means getting used to funny and interesting experiences. For Erin, her funniest came from a recent trip to Vancouver.

“Not only was it a pilgrimage to the place where it all began but I went with two incredible fellow vidders, Sillyauntjen and Laglis, which I had met through YouTube and Haven. We had an epic weekend and even met more Philes while there. Needless to say, we are all still close friends.”

In addition to spending time with other Philes Erin spends time watching other fandom vids and professionally made trailers. 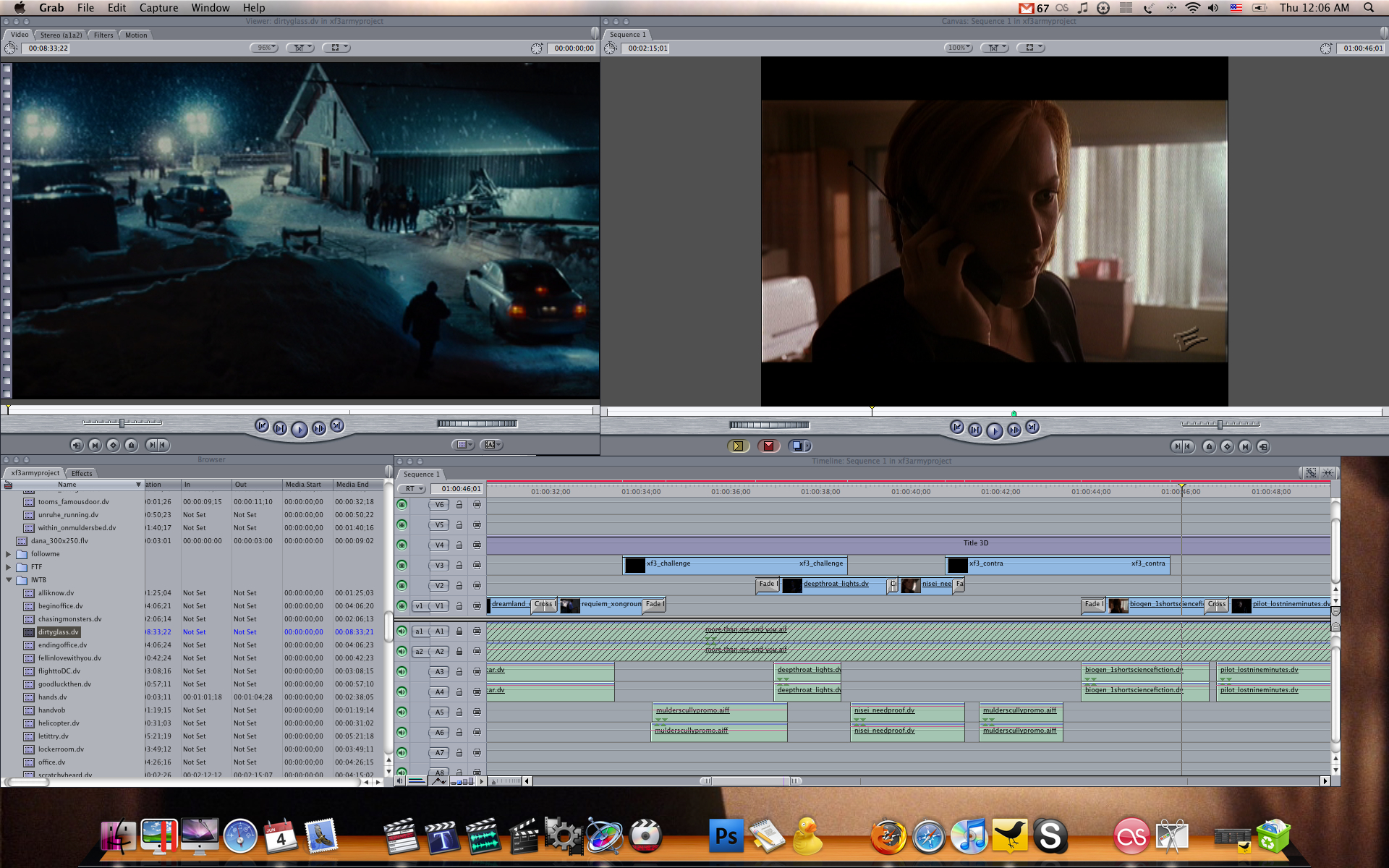 “There is so much to learn from them. I love reading the video notes or techniques from other vidders that I admire and gleaning some valuable information from their wisdom. It never hurts to ask a vidder how they created a particular effect or cleaned up their source footage, as most are more than willing to share. “

Erin’s ultimate goal is to ensure people enjoy her fan vids as much as she does and nothing pleases her more than to hear a fan drawn back into the fandom because of watching fan vids on YouTube.

Some fans vid for fun, others to convey an emotional connection they have with the series. Erin choses to express what the show means to her and to show how she feels through her work.

“The stories, characters and relationships have touched me in some way and I want to convey that. While I absolutely adore every single comment and piece of feedback I receive, that’s not the reason I do it. If no one else were to see my videos, I know I would still make them. It probably sounds overdramatic but I do it because there is a story in my mind that needs to get out and often won’t let me rest until it does. One thing I learned is that you have to vid about what you want to vid about and not what you think people want to see. I’m just thrilled that people enjoy my videos as much as I enjoy making them.”

When the subject of professional fans comes up, Erin is contemplative.

“There is certainly not someone who is a truer fan than others but I think there are some fans who go above and beyond for the greater good of the fandom. Like XFN admins for example and those who run the charities. Those individuals spend countless amounts of time, money and energy keeping these things running smoothly and, in my mind, is the definition of a professional fan.”

Erin is a Mac girl.

“I use Final Cut Pro to edit with along with Motion for effects and titles. I am still learning and playing around with After Effects and hopefully soon will feel confident enough with it to use it for a video. Another thing that I can’t live without is using Avisynth both before with the source material as well as after I edit. Once I figured out how to use it, it changed the way I made videos. I’m still tweaking and learning new filters but it is a very powerful tool to use. Before I switched to Mac, I used Premiere Pro and loved it but I am slowly working on remastering some of my older videos with FCP.”

When asked if she would consider pursuing vidding professionally, Erin was quick to point out that when something becomes work, it’s no longer as much fun.

“Vidding is my creative outlet and downtime activity and I would hate for that to change.”

With all of the talented vidders out there, it is hard to choose favorites but Erin has a few she holds near and dear.

“I have to mention Lyle and Gun Metal Gray because it was their videos that inspired me to start vidding in the first place. Lyle’s ‘Have You Seen me Lately’ and GunMetal’s ‘Beautiful Disaster’ stand out in my mind as absolute classics. Astarte’s videos, both XF and non-XF, are beautiful and it was her videos that led me to research Avisynth for the first time as the quality of her videos is stunning. There are really too many to list and I would hate to leave someone out.

As our interview concludes we ask, on December 21st, 2012, where will Erock be?

“Well, hopefully not surviving the end of the world, right? Actually, who knows where we will be with the military but I certainly hope we are all celebrating the success of XF3.”

Any final thoughts for XFN?

“You guys rock my socks.”

Favorite Food- Coffee
Favorite Word- Omnipotence
Favorite ‘X-Files’ Quote- “You’re in the basement because they’re afraid of you, of your relentlessness. And because they know that they could drop you in the middle of the desert and tell you the truth is out there and you’d ask them for a shovel.”
Guilty pleasure or addiction- Fanfic. Definitely fanfic
I wish I had invented- the Magic Eraser. Seriously genius.
Dream Career or Occupation- Managing my own Dressage/Eventing barn