Chris Carter: 'All of Your Questions Will be Answered' 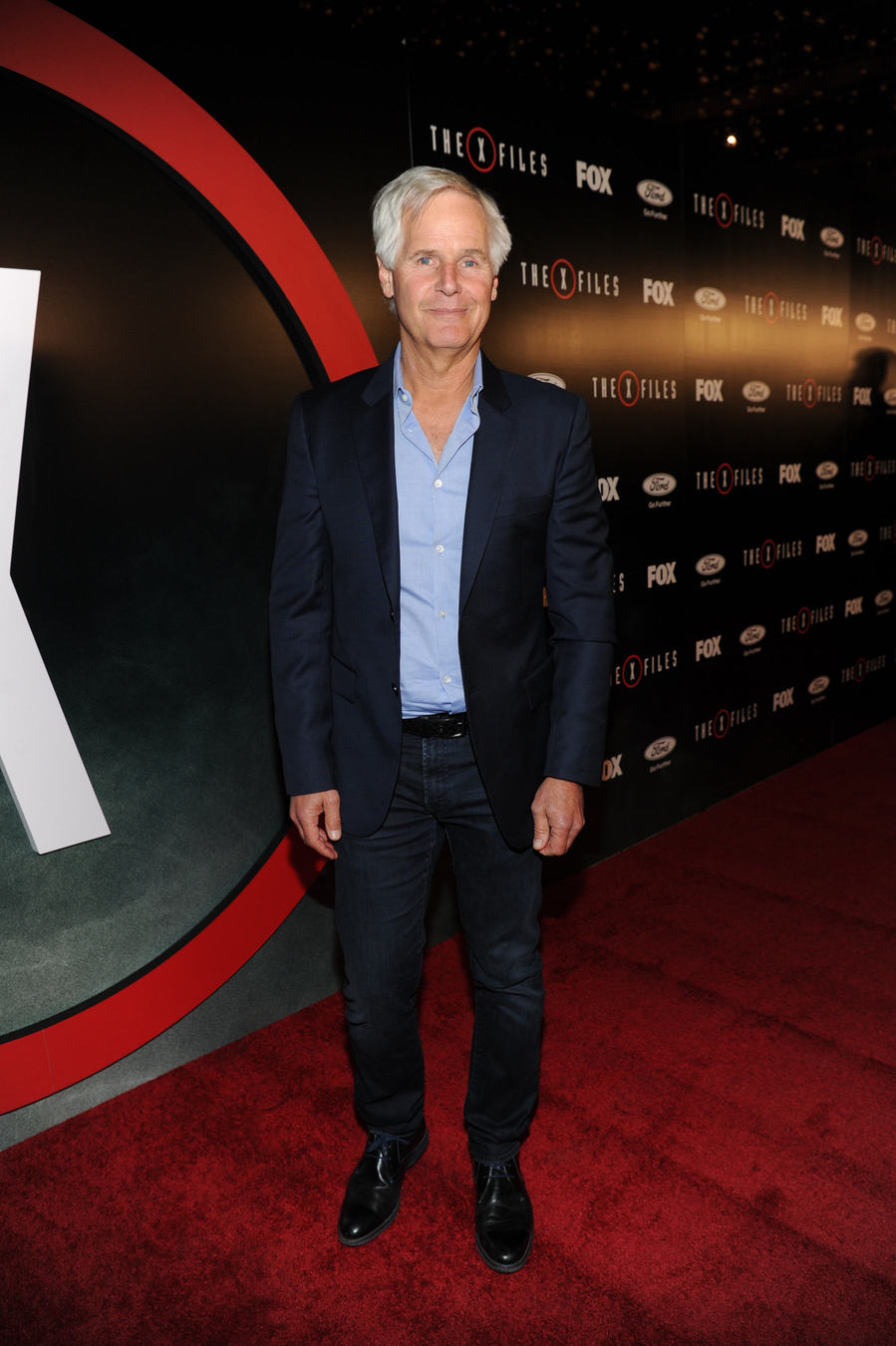 When you hit such monumental season finales, there’s no other way to get answers to many questions than going to the source. It just so happens that when you’re looking for answers about The X-Files, the only source is Chris Carter. No biggie.

Eleven months to the date that Season 10 got greenlit, I shared a conversation with him about the aftermath of the episode, the reactions and more.

“I’m still not quite sure what the reactions are.” He starts. “I heard people feel cheated but I’m not sure what they expect with The X-Files. I think they’d feel more cheated if we resolved the story and we didn’t come back for any more. So, I think this in the tradition of good X-Files storytelling.”

“In the fandom, we joke about just how much Mulder takes off without Scully… we even call it the Mulder!Ditch™” I joke. “What makes him decide that he cannot or won’t get to Scully?”

“Now that you mention CSM: let’s talk about bringing back William B. Davis & Annabeth Gish: what was the thought process behind the alliance? What did they think of the shift?” I ask.

“But you know, even if I found the numbers surprising, there’s a fair amount of people that are mad about Monica’s shift.” I inform him.

“I didn’t know that people had a reaction to that, but it makes sense. There’s a rationalization - a rational and logical reason I should say - of why she would make that choice. Mulder and Scully were out of the picture, so she was making that choice without them, or a knowledge of their whereabouts, so it made sense to me.”

“Do you think that the fandom forgive that alliance?”

“I think that she came to Scully because she feels guilt and remorse and I think the fandom will forgive it because Scully forgives it.”

Carter elaborated on the motivations to tell the stories developed in “My Struggle II”:

“The ending came about because there were things I wanted to do and characters that I wanted to catch up with like Monica Reyes, and would have liked to catch up with John Doggett to figure out where he is, but I also wanted it to be “My Struggle II” which is Scully’s struggle. This is where she struggles with the science and the conspiracy, what she knows, what she believes as a matter of faith and what she believes as a matter of science. These were all interesting things for me.”

“Is Monica inmortal now? Does this explain immortality for Scully?”

“Well if you add it up, they both have Alien DNA so they’re both similar in that way. But Reyes only knows about the Spartan Virus, but there could be more to the science than it has been revealed.”

“At the end of the episode we’re facing their need to find and bring William. They’re forced to it.”

“Yes, but right now, as Scully says: To save Mulder you must find William. You must do what’s against their wishes and their best interest. So, that’s the worst and best kind of situation to find yourself in, to find your son who you miss terribly, and to find him and risk exposing him at the same time.”

“Looking into season 11, what does the world look like?”

“It looks like we need to figure out what happens after that moment on the bridge. What is that? An ARV? An UFO? Is that Alien or Man at the wheel? Someone suggested it was William at the wheel and I thought that was kind of funny.” He laughs. “You know, he would appear on cue. I think is an exciting place to come back to, don’t you think?”  and what do you know, he's turned the tables on me and he's the interviewer now.

“I think that you can’t turn around from that.” I start, and boy… I have so many ideas right now. “How can you have light hearted episodes after you know that the world is ending. It’s funny because this is the episode that many wished for if we got a 3rd movie or for just the revival to be this kind of storyline: Mulder and Scully against all odds to fight until the end, when the world is ending, whichever end of the world looked like. While I like this aspect of the episode, I wished it had been 1 ½ to 2 hrs of television…”

“Because you wanted a resolution…” he proposes.

“No. I didn’t want a resolution.” And I mean it. “I actually enjoyed the cliffhanger, a lot. For me I felt like there was just so much thrown at me and this is a personal take, but if I had had the choice, I would have liked it to be a little bit longer to allow me to process what was going on. But this is a personal taste and kind of liking contemplative things…”

“You can blame David and Gillian for that because they weren’t available for any more filming, so…” he laughs. “So that’s all you get.”

“On that note, what is the list of Must Haves for season eleven?”

“Oh… for David and Gillian being able to work at the same time for a good run so that we can come up with great material, so basically time, money and enthusiasm.”

There was quite a lot of criticism about the episode. Many I shouldn’t even have to mention, many are expresses in our own review. I proceeded to comment about the most notorious, but he asked me: “Doesn’t it make you see what comes next?” And it does, “My Struggle II” had me hooked, and still does, despite the confusion.

"But what was the criticism?” he asks again. Well, then... I begin my list.

“The process of coming up with the solution felt like it needed connection, which is probably what I translate as needing more room to breathe, but I can see that shift in Scully as her tendency of turning into Mulder whenever he’s not around, and taking daring leaps where he would have been the one to push for those if he was analyzing the problem with her, or making those choices for her. And… the unrest about Monica is rather epic.”

“Don’t you think that people are always tempted to make a deal with the devil?” He asks and I hesitate, I know no one is immune…

“I think you’re right in that, there’s always a temptation… I just think, maybe…” I hedge.

“Maybe… she does have remorse.” He completes.

“I can see where she does have remorse and I can see where Scully forgave her, and even called her a friend, but I think that if we had been given a little bit more of her background of how she was so on her own, what had happened with Doggett, maybe why she had felt betrayed on her own sense, because she had been left to her own devices to fight this on her own, then maybe acceptance would have come easier.” There, I said it.

“I can just leave you with this, Avi: All questions will be answered.” By now I’ve talked with Chris Carter so many times that I know he’s smirking.

“I think part of the issue is the uncertainty of not knowing when season eleven will happen.” I reflect.

“Beyond resolving the relationship or the series,” he expands. “I don’t think that there was anything that we could have done that would make everyone happy. My feeling is that there’s more X-Files stories to tell so I don’t quite understand what the complaints are, everyone wants to see how this ends, how it’s resolved, and I think that begs for an 11th season, which I think is something that everyone wants.”

“When could we hope for news?”

“It’s really dependent on schedules with the actors,” David is in the midst of shooting Aquarius and Gillian is due to start Streetcar Named Desire in New York. “We’re making sure that we have a clear path to doing good work. Time is money and I only have so much of it… right now we have to wait and see what happens.”

Thanks so much to Chris Carter for always entertaining our conversations. We can't wait for more chats about The X-Files.