Those were Scully's whispered words to Mulder at the beginning of the very first trailer for the eleventh season of The X-Files. The trailer opened up the series' New York Comic Con panel this afternoon. We'll have interviews, photos, and more from NYCC soon, but in the meantime, let's take a deeper look at this trailer.

Scully's words are reminiscent of the end of "My Struggle II", which is even more intriguing given that the first images that appear are from that bridge scene. Could this be a sign that The X-Files timeline isn't quite what it seems? Is Scully's conversation here the same one she has with Mulder in the hospital later in the trailer? In typical Chris Carter fashion, there are so many questions and so few answers.

"I'm here to offer you a deal. Civilization is in its final stages. I'm asking you to betray the whole human race. Do you mind if I smoke?"

The Cigarette Smoking Man, somehow still alive and kicking after taking a missile to the face, appears to be offering Skinner a deal. We've already heard hints that the allegiance between Mulder, Scully, and Skinner could be tested, so perhaps that's what's happening here. In fact, in a later scene, Mulder and Scully meet up with Skinner in a parking garage. Naturally, as that is the best place for all covert meetings. "We need your help, even if we don't trust you," says Scully to Skinner. What has Walter been up to? We're slated to find out more about his backstory, but could the Assistant Director we all know and love be hiding something sinister? 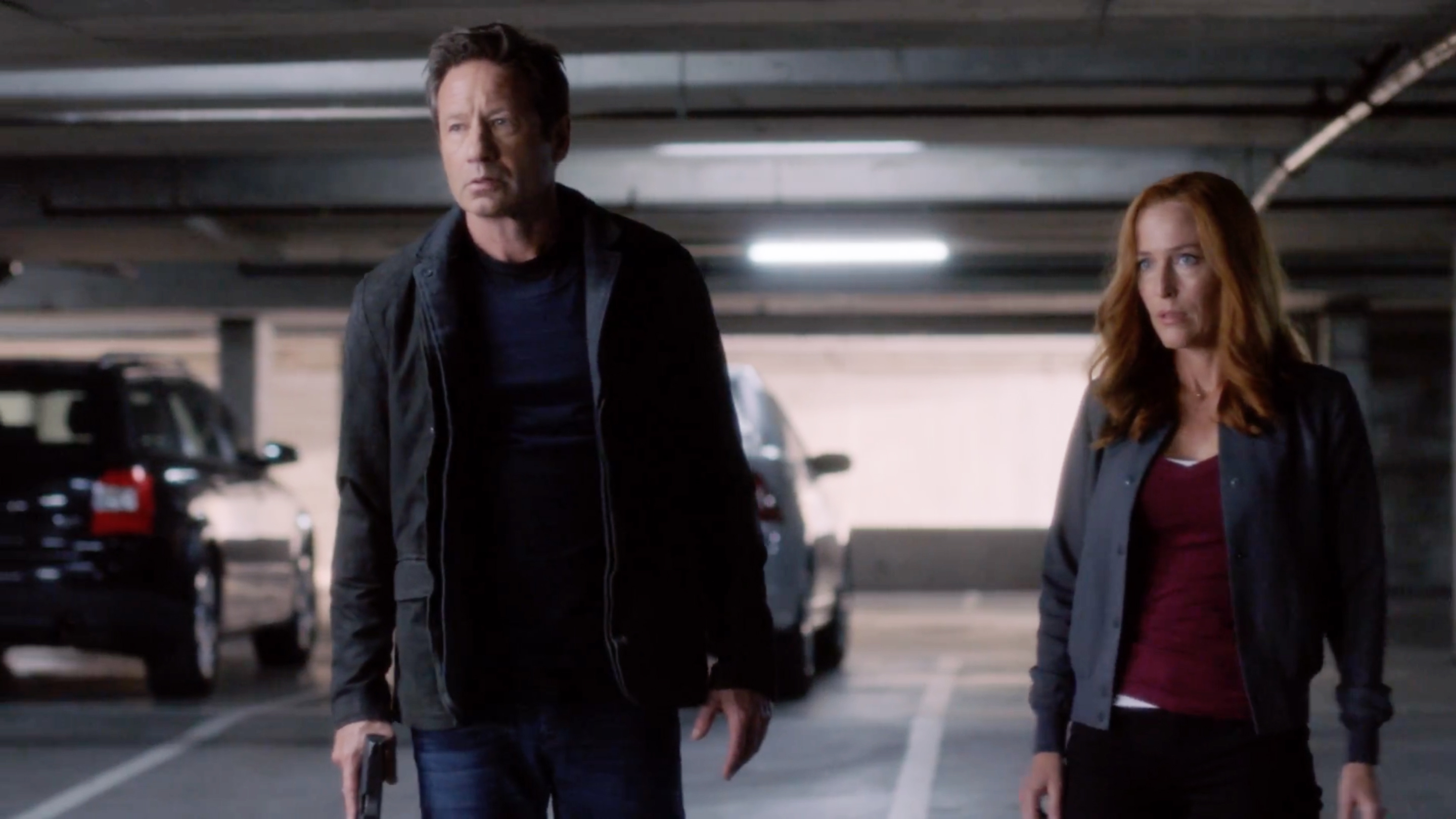 You may have noticed that in many of the scenes from this trailer, Scully is wearing a maroon t-shirt (blessings be upon it), sometimes paired with grey jacket. We're likely okay to assume that these all fall in the same episode. In which case, that particular episode is packed with a lot of action, and likely some very important scenes. Mulder and Scully seem to investigate some type of (military) facility, with some very well armed backup. Scully walks through a hallway of machinery. Assassins come to the unremarkable house and interrupt Mulder and Scully's dinner (see the two place settings on the kitchen table Scully flips). The pair then run out of the house and into the woods. They're not usually ones for holding hands and running from their enemies, so perhaps they're holding onto something important? Or maybe they're handcuffed to one another? They also meet with Skinner in that parking garage in this episode. There's a lot going on here. 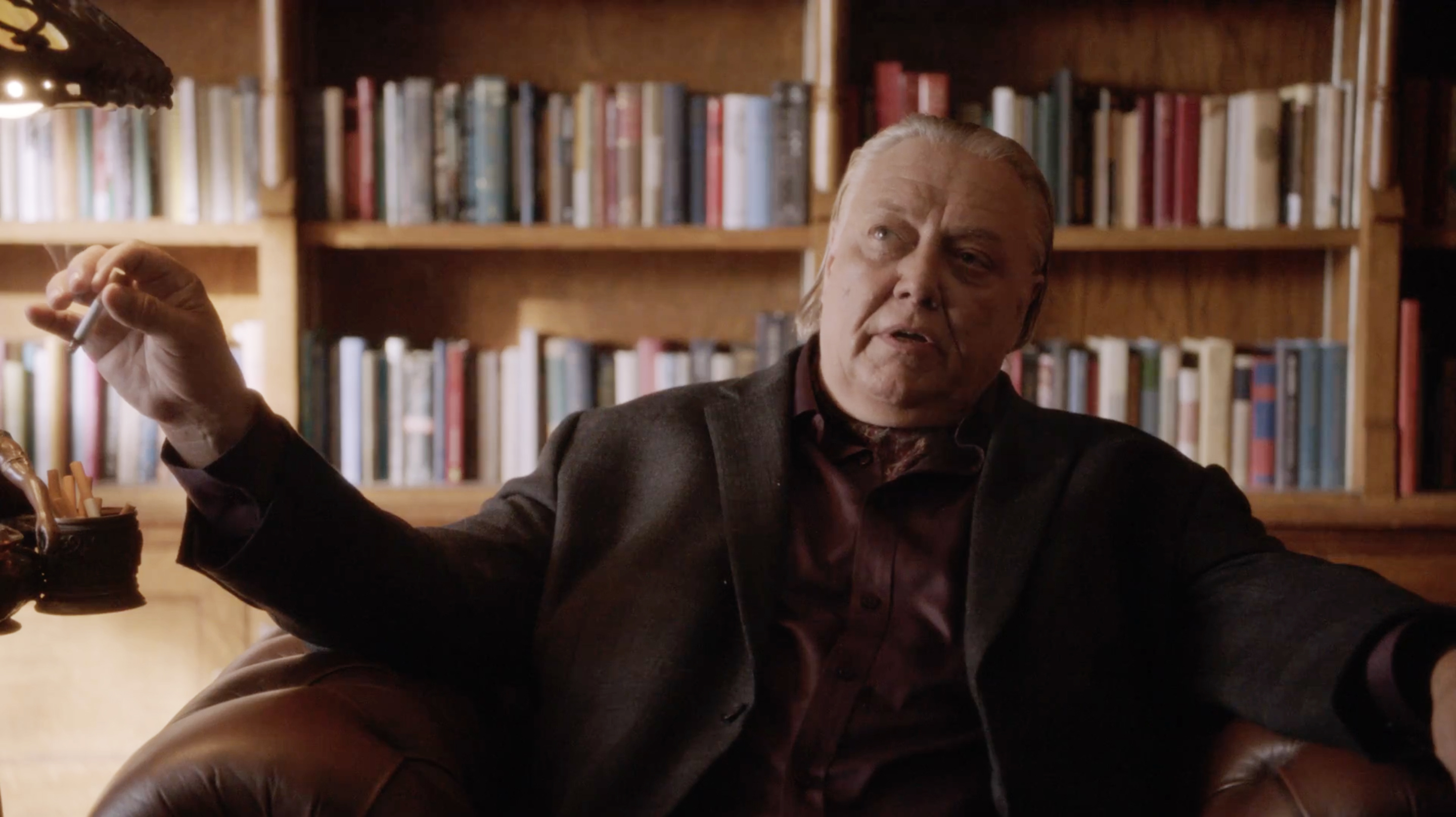 Let's switch focus to talk about the newest mysterious faces. Barbara Hershey seems to be playing the red-headed woman in red who we see sitting at a table. There's also a new smoking man that could be the Mr. Y that Chris teased to EW. Whatever apocalypse is coming, this new character knows all about it. He claims, "We want to save humanity." But Mulder challenges him, "You want to see blood in the streets—the extermination of seven billion people." The man urges Mulder to "kill him before he kills us all." Who is it that must be killed? The scene before has CSM smoking a cigarette, so perhaps old smokey will finally meet his absolute, final end. This conspirator also seems to know a lot about William:

"My son is none of your business."

Speaking of William, it's looking more and more likely that Mulder and Scully may finally be reunited with their son this season. "I have to find our son," says Scully in the trailer. She also whispers William's name and turns around over her shoulder to possibly see a young boy in a hoodie. Could this finally be baby William almost all grown up? We'll have to wait and see. 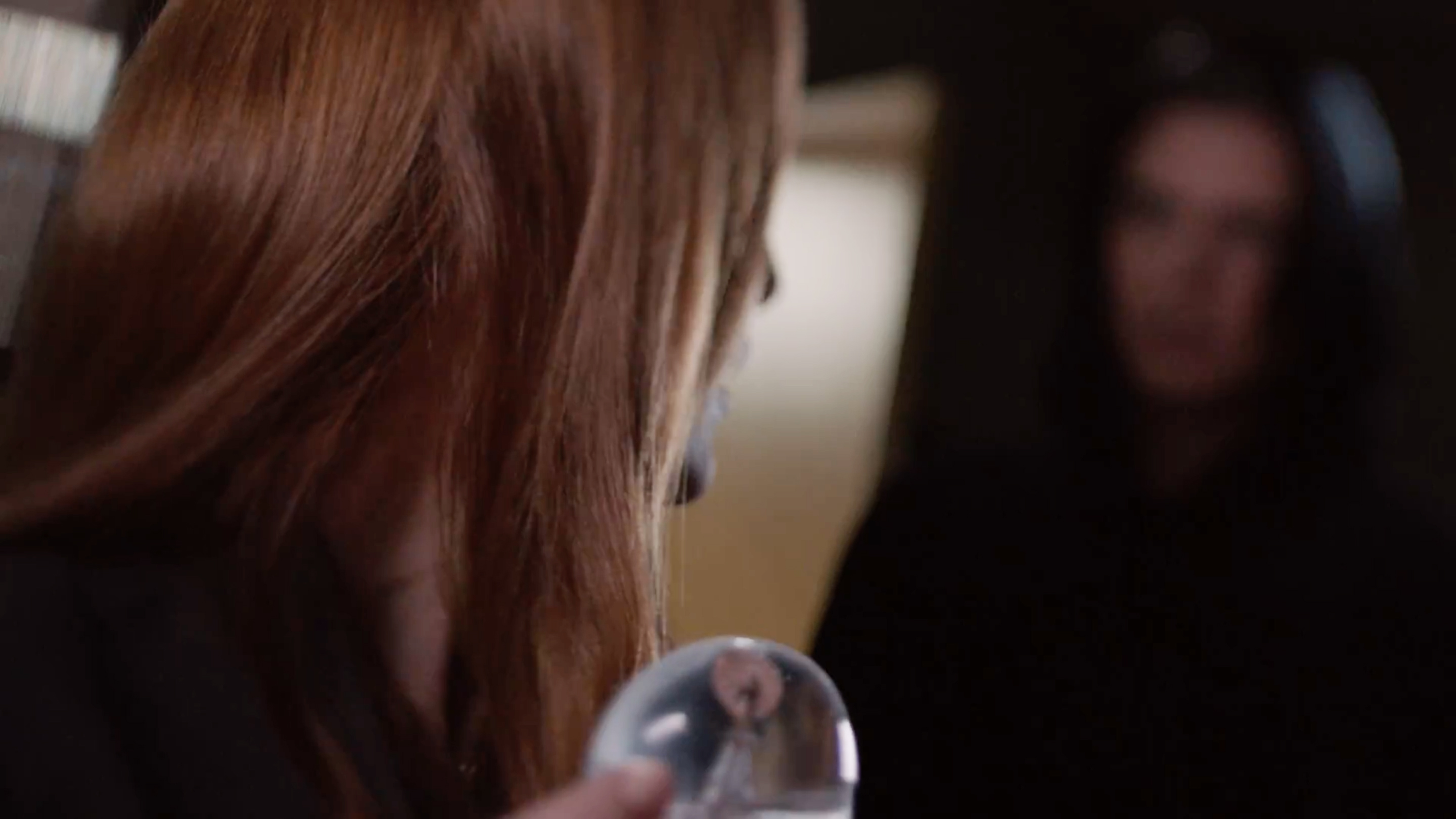 "You have to find him, and you have to stop him before he unleashes hell on earth."

It wouldn't be The X-Files if there wasn't a dramatic hospital bed scene with Mulder and Scully. For some reason, the best moments always happen in hospitals and hallways. Sometimes in hospital hallways. In this scene, an injured/sick Scully begs Mulder to find "him" and stop the approaching destruction. Is this him William? The CSM? The truth is still out there. 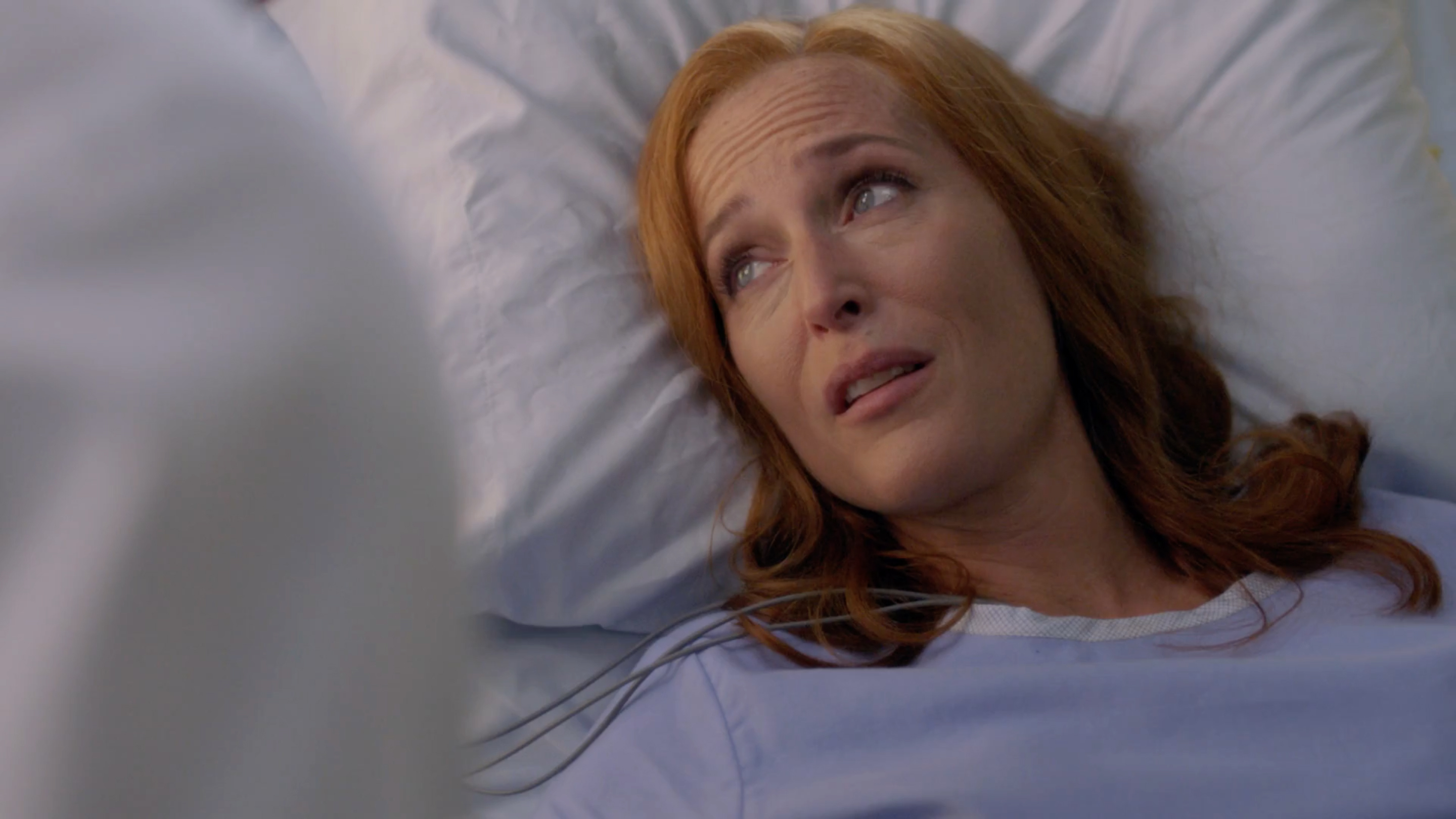 There's a lot going on in the trailer, but there are some other important tidbits that stand out. For instance, Langly returns via video message on Mulder's phone to warn him. It also looks like Scully sees her doppelganger while standing outside the SUV at night, which fits the details of one of the upcoming episodes. There are dark corners, graveyards, and lots of hallways coming our way in a few months. We've gotten a great sneak peek; however, plenty of questions remain.

Who is the man that passes Miller and Einstein in the hospital hallway? Why is only one of the assassins at the unremarkable house wearing a ski mask? Is he recognizable to Mulder and Scully, and thus must keep his identity secret? Why is Skinner fighting with Mulder as an injured Scully sits in the hospital? Who is the man hit by the car? If you have your own questions, check out the screen caps of the trailer below. If you're looking for the truth, they should give you a few extra clues.

"The truth still lies in the X-Files, Mulder."