'The After' Reportedly Moving Forward 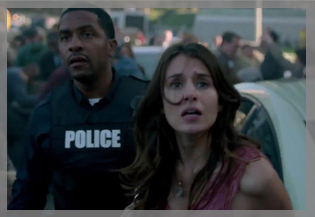 Amazon Studios has settled on four series orders among the 10 pilots the company announced last month were under consideration, according to sources close to the deals.

Getting the greenlight will be â€œBosch,â€ a cop drama based on Michael Connellyâ€™s Harry Bosch series, written by Eric Overmyer and Connelly. Pilot follows title character, played by Titus Welliver (â€œArgo,â€ â€œThe Good Wifeâ€) as he pursues the killer of a 13-year-old boy while standing trial in federal court on accusations that he murdered a suspected serial killer in cold blood. Cast includes: Annie Wersching, Amy Price-Francis and Jamie Hector. Henrik Bastin of Fabrik Entertainment (â€œThe Killingâ€) produced and Jim McKay directed the pilot.

Head on over to Variety for the rest of the article. We'll bring more details as they surface.