Running the 10th through the 13th, there was no shortage of Mulder and Scully at this year's convention. If you couldn't attend though, hit the jump to learn about everything XF that went down. 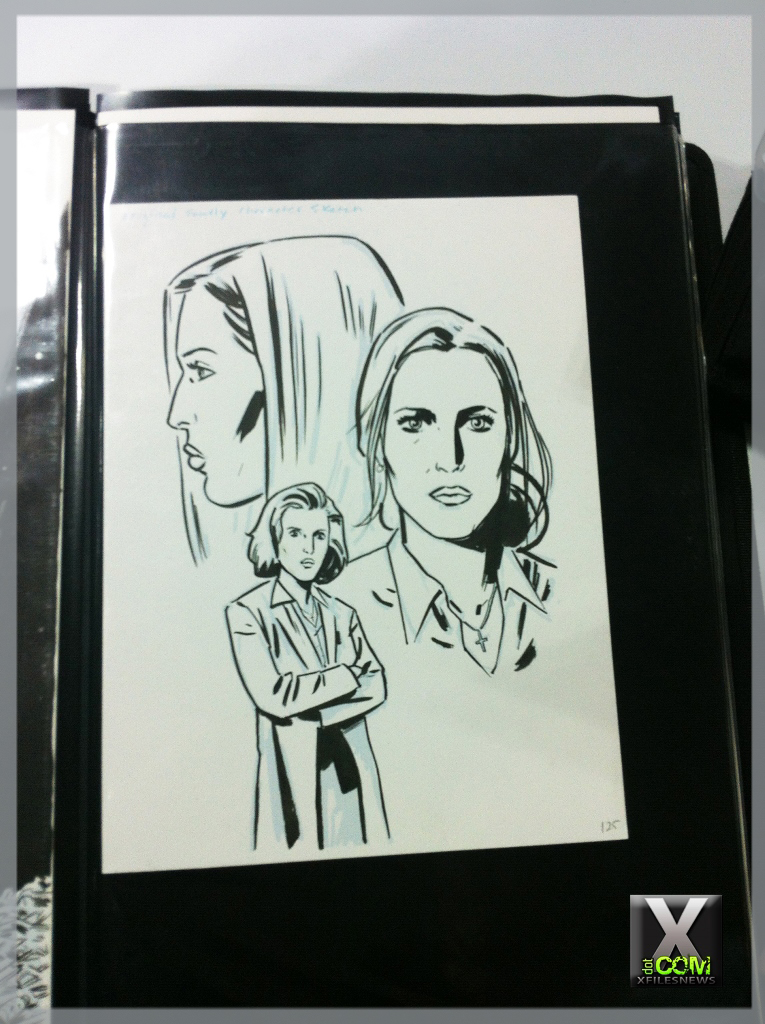 Comic author Joe Harris and artist Michael Walsh spent most of the weekend in Artist Alley, selling and displaying their work. They signed autographs and met with Philes that had come from all over the world. Joe had scripts from the "Believers" arc of The X-Files: Season 10 that some fans were lucky enough to get their hands on. And Michael was selling some of his original artwork from Season 10 as well.

You can check out photos of them and their work here. Follow them both on Twitter (Joe and Michael) to keep up with all of their work, and make sure you grab your copy of Issue #5 of The X-Files: Season 10 that is in stores now!

Gillian Anderson spent most of Friday, Saturday, and Sunday in the autograph area of NYCC. Fans from all over the world lined up to meet her and get a photo signed.

Gillian was also selling lots of items for charity over the weekend. Items based on Stella Gibson and Dr. Bedelia Du Maurier, including magnets and coffee mugs, were on display. Photos of those are located here, and if you weren't at comic con but are interested in the items, check out this article for details on them.

On Saturday and Sunday, David Duchovny joined Gillian at the convention. Their tables were located right next to each other, and fans often left one line and got into the next. They each did photo ops as well--separately and together. Philes left with quite a few great souvenirs. 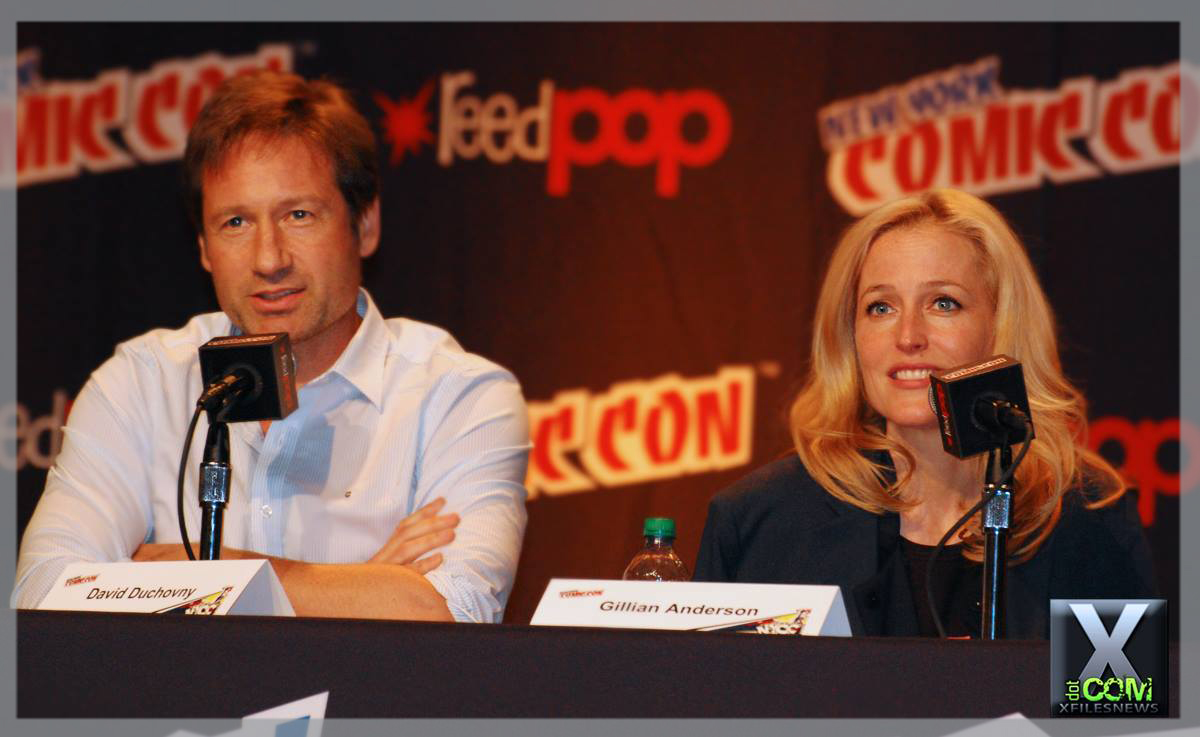 Sunday was probably the biggest day at the convention for The X-Files and not just because it was 10/13. Despite the fact that the X-Files panel was the last of the day, fans lined up bright and early and sat in the panel hall all day long in order to get the best seats. By 4pm, the room was packed with X-Files shirts and 3000 excited Philes. XFN was on hand to live tweet it all. If you missed it though, here's a recap:

Gillian and David were announced by the panel moderator and came on stage to lots of cheers and screams, but before everything got started, the pair made sure we all celebrated 10/13 properly. Given that it was Chris Carter's birthday, David held up a camera phone and asked the audience to film a birthday message for the man who started it all. Instead of the initial planned "Happy Birthday, Chris," the audience broke out into the entire "Happy Birthday" song. Hopefully Chris enjoyed the video, even if we aren't the world's most in-tune choir.

The rest of the panel was just as great as its introduction, albeit with less singing. The moderator asked some great questions and then opened it up to the audience. Some of the highlights included a one minute Mulder and Scully improv session, great discussion on the characters, and lots of laughs on the nostalgia of the series.

The panel concluded with the best fan question of the day. A man got up and told the room and David and Gillian that The X-Files taught him about the importance of having a partner in life. He then proceeded to ask his girlfriend to marry him. She accepted and the couple both ended up being congratulated on stage by the people who brought our favorite partnership to life. Fanfic couldn't have written it any more adorably.

To see all of these great moments, check out the video below of the full panel. Also be sure to head over to Facebook to see all of our photos of the event. New York Comic Con certainly brought the Truth this year and 10/13 went down in style. Chris Carter would be proud.