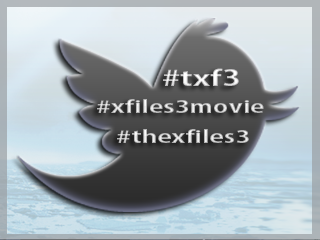 Looking for a way to celebrate the 20th Anniversary of Mulder and Scully’s first meeting in the “Pilot”? Well then have we got a party for you! Join us on Saturday, March 10th to not only show your love for Mulder and Scully, but to show 20th Century Fox that this fandom is in it until we win it!

So wherever you are in the world, join us in tweeting for a third film. You can also tweet directly to Fox (@20thcenturyfox), too. Check out the guidelines below to help us make the biggest impact possible.

This Twitter Event will be very different than previous ones, as we are changing the hashtags to give us the best possible chance of trending. Hashtags frequently trend if they are new and haven’t been used on Twitter yet. So throughout the day, when not in the trend windows, we’ll be using the hashtag #XF3Please.

In addition, we will be holding THREE separate trending windows, using different hashtags at each event. Please refer to the chart for each specific hashtag and information for your time zone. Do NOT tweet any of the specific hashtags before the correct time, as this will reduce their effectiveness during their trend window.

Also note that Twitter only counts one hashtag per tweet so ONLY use one. It’s fine to use other keywords like Mulder, or Scully, but do not give them a #.

Retweets are the easiest way to help out the trending effort. Just search for the hashtag you are trying to trend at that time and click retweet. Also, don’t use any swearing or cursing in your tweets or they will NOT count towards trending.

For those of you who cannot tweet live, you can pre-schedule your tweets using a site like FutureTweets.

So Philes, we’ve done our research. We’ve googled like Scully would. And these guidelines should help us make the biggest impact. We know Fox is listening, so let’s give them something to talk about.

For more information, please look at the chart that contains the duration of the Tweet-A-Thon and the timing of the power windows. And remember, the tweets are out there. Or at least they will be on March 10th.