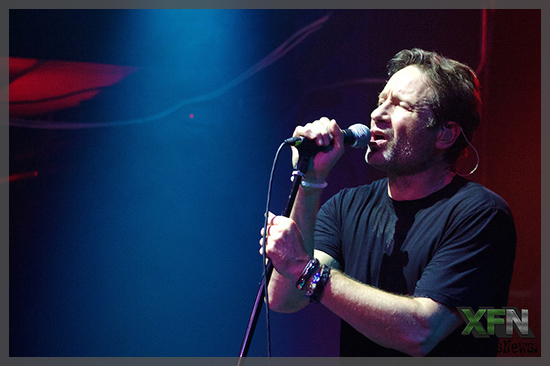 If you haven't given a listen to David Duchovny's first album, Hell or Highwater, then you're missing out. David has been thrilling crowds across the country with his performances of the album. On Sunday, September 13th, David and Weather The Band performed at Altar Bar in Pittsburgh, PA. If you're a little skeptical of an actor moving into music, don't be because it's clear by his concerts that David Duchovny knows how to rock.

Check out our photos of the concert after the jump, and if you're interested in attending one of his upcoming concerts, you can check out several that have been announced here.