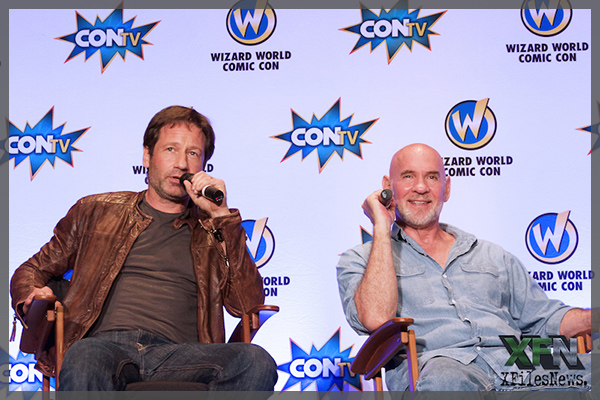 On September 12th, both David Duchovny and Mitch Pileggi spent the day at the 2015 Wizard World convention in Pittsburgh, PA. While Mitch was in attendance all weekend, Saturday was David's only appearance. X-Files fans from far and wide descended on the city that weekend to attend the con and go to David's Sunday night concert. Lucky Philes got autographs and photo-ops with their favorite X-Files stars, picked up some XF merchandise, and generally had a great time.

The highlight of the convention was definitely Mitch's and David's panel together on Saturday afternoon. If you followed along with our live updates on Twitter, you likely know that it was entertaining, enlightening, and at times, slightly inappropriate—just what you want out of an X-Files event. There was a lot of time devoted to fan questions, and the crowd had a great deal of fun interacting with the pair.

Check out the gallery after the jump for our photos from the event. You can also check out audience video of the panel on YouTube.