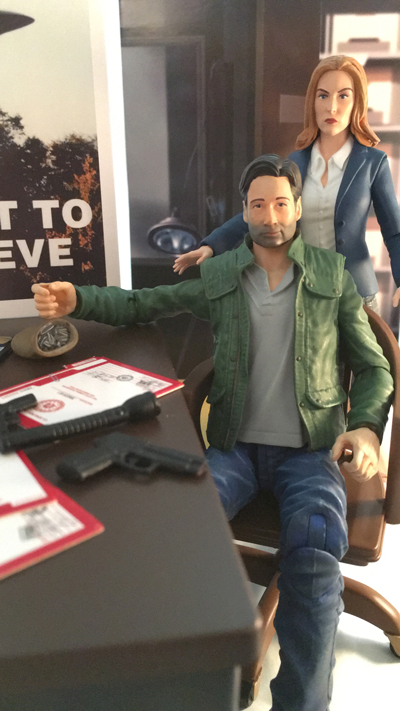 June seems to be the month of goodies for X-Philes!

Fresh off the release of The X-Files: Series Event on Bluray and DVD, Diamond Select Toys has released the newest action figures inspired on “My Struggle” - the first episode of the show’s revival.

Onto the details: The 7” collectors’ action figures come in separate packaging, each with their exclusive goodies. For the sake of science, this nerd wept as she opened the packages.

For all my findings, click after the jump for our review and more pictures of the newest action figures from The X-Files revival.

Sculpted by Gentle Giant Studios, Scully comes clad with her blue blazer and skirt. The figure is painted to detail; comes with two sets of exchangeable hands designed to hold the different items included. Her badge, a gun and a flashlight are part of the set, that also includes tiny little X-Files folders and finally, a desk! Someone has their ears to the ground. At least toy Scully gets to have her own. 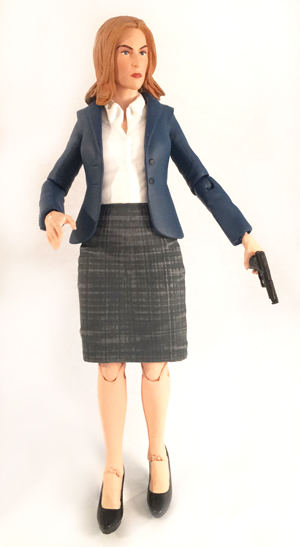 Mulder wears his sporty hobo look from the episode and also comes with his two sets of exchangeable hands, gun and badge. But his set also includes an exchangeable head with shades, a bag of sunflower seeds, a chair, the famous “I Want to Believe” poster, and a piece of flooring and a wall of the basement office for staging. 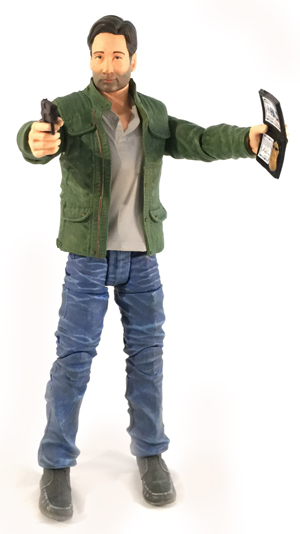 On a first look, these figures are worth the excitement, especially considering that the last action figures produced coincided with the eight season of the show, by Sideshow Collectibles. Later versions were more cartoonish, like the lego inspired Palz, Minimates, Vinimates and POP! figures. 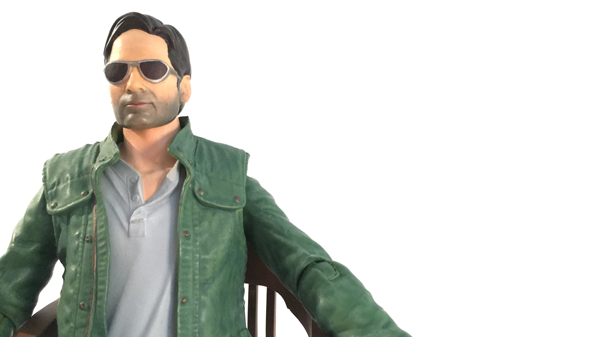 What I liked the most about these sets is the fact that you could truly play “house” with them… or well, in this case, “FBI basement.” The accessories, shape and the details on their attire are good and thoughtful, to an extent. 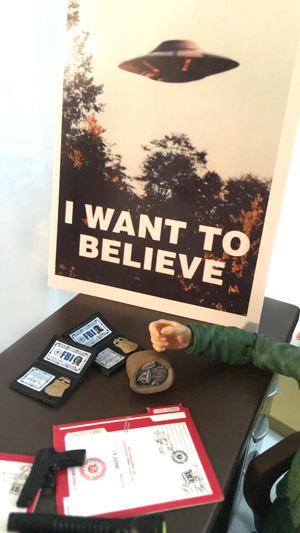 I lament that Scully is missing her cross, and the skirt - while very well crafted - prevents the figure from sitting. Mulder’s mobility is better in this respect, though the general observation is that their faces didn’t quite capture the real deal’s appearance. Mulder’s beard seems too dark and Scully’s expression is too severe. I will say, though, kudos for including skeptic!browtm.

If you’re a devoted collector - like so many of us - you should get these. They come in a display ready package if you’re a purist and cringe at the fact of even opening them. If you decide to bite the bullet, I just love looking at the set put together with all their accessories. 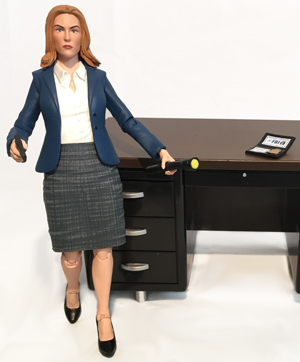 Another craft detail we noted was that because the parts are painted, as you move the joints, the layers tend to peel around the area because of the movement. In this regard, these figures are probably not meant to be played with too much. Suggested Retail Price for US retailers is $24.99 for each figure.

The figures are available for preorder from Diamond Select Toys, for a case assortment that includes six figures, three of each kind. The new action figures hit the shelves hit the shelves in the coming weeks! You can find your nearest shop at comicshoplocator.com. 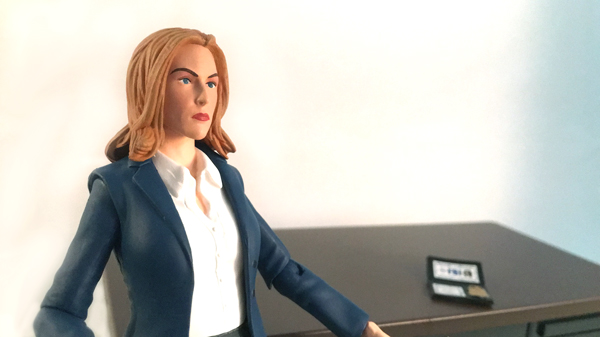