Review: 'A Vision of Fire' 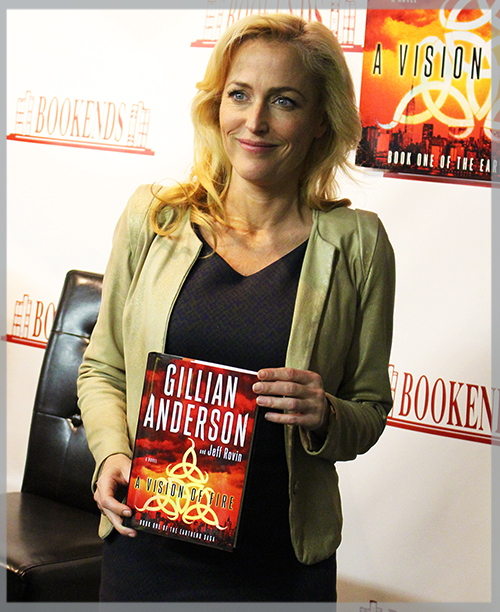 A Vision of Fire is officially out there! Gillian Anderson's first novel has been released, and some of you may have already started reading! However, if you've been living in an ancient pueblo with the Cigarette Smoking Man these past few months, then here are the basics that you need to know about Gillian's new book.

A Vision of Fire is the first in a three novel series called The Earthend Saga. Gillian and Jeff Rovin, a New York Times bestselling author, have written the first together and are working on the final two.

The series centers around Dr. Caitlin O'Hara, a renowned child psychiatrist who treats children in the midst of some of the worst mental crises. In the opening pages, an assassination attempt is made on the Indian Ambassador to the United Nations who is in the middle of tense nuclear peace talks. When his daughter Maanik, who witnessed the incident, suffers a strange breakdown, Caitlin is called in to help.

There's a lot to talk about when it comes to A Vision of Fire, so hit the jump to read more, but beware, there are spoilers! Below is a synopsis, so if you want to read the book first, don't look any further.

Caitlin O'Hara is an intelligent and strong-willed character. Nothing gets in her way when she's trying to help a patient. Honestly, nothing gets in her way at all. A single mother with a deaf son, she can cure the mental anguish of a child war victim and still be home in time to talk to Jacob about his day at school. She's an MD and a PhD. Even Dr. Scully would be impressed. 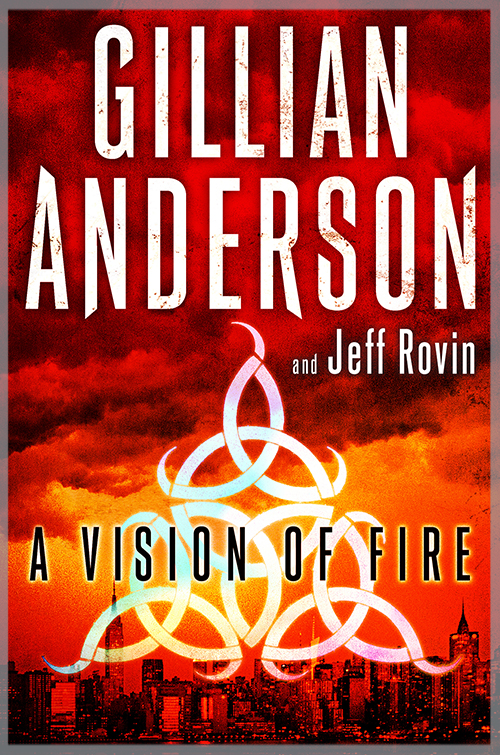 There's little given in terms of a physical description of Caitlin, which is just fine because many people are going to picture Gillian Anderson as Caitlin anyway. This will only make it easier if this turns into the film that Gillian would like it to. It would be a very interesting process to see Gillian take a novel she cowrote, turn it into a screenplay, and then play the character she's shaped in two different mediums.

Gillian wrote Caitlin with that in mind. The character has many of the traits that Gillian herself wants to see in a strong female lead, and Caitlin is the right age for Gillian to slip seemlessly into the role. As she jokingly described Caitlin at a book signing recently, "She kinda looks a bit like me."

In the novel, Dr. O'Hara is thrown into not only a dangerous political mess, but also an eery paranormal one as well. Teenagers around the world are suffering from strange breakdowns. After experiencing the death or near death of a loved one, the children are trapped by disturbing visions: oceans of red, burning flames, sulfur air, haunting figures. All these images intrude into the minds of these kids. It's as if they're possesed by something that doesn't allow them to control their actions, even going so far as to harm themselves.

Ganak and Hansa Pawar, the Indian U.N. Ambassador and his wife, ask Benjamin Moss for help. Ben is a U.N. interpreter who has worked closely with the ambassador and his family. Ben reaches out to Caitlin to help pull Maanik back from the brink of the mysterious illness that holds her.

Caitlin soon discovers more cases of children suffering similar symptoms. International borders or genetic relation have no influence on these outbreaks. The common thread is that they're older children who've recently experienced a trauma. It seems as if they're the conduit to something sinister from the past. 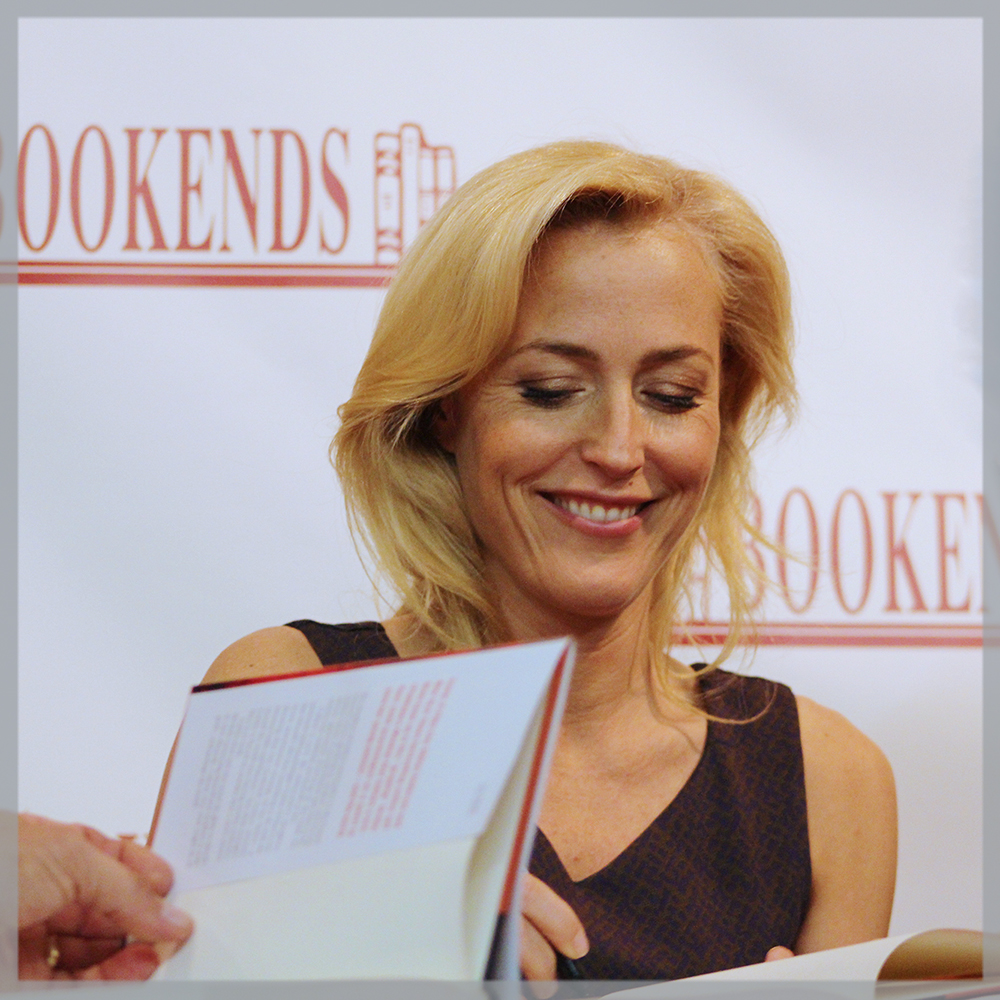 While Caitlin is flying around the world to solve this crisis, there's a small subplot brewing beneath the surface. The initial book description tells us that Caitlin has a "lackluster love life". With that given, it was easy to assume that since it was mentioned, that fact might be changing. So who is the man we'll see introduced into Caitlin's love life? It's very apparent from the first time you meet Benjamin Moss that there's going to be something more going on there. They're very good, very old friends who know each other extremely well. They lean on each other for support, especially when they're thrown into the middle of a worldwide geopolitcal crisis. Plus, he calls her "Cai". (It's adorable).

Running parallel to all of this is a covert organization called The Group. Shadowy and secretive, the Syndicate would be proud. This Group is collecting mysterious artifacts from across the globe. These artifacts appear to be more than meets the eye, holding greater power than we initially know. Who are these powerful people? What is troubling these distraught children? How are they connected? Well we said there would be spoilers, but we can't give it all away. You're going to have to pick up a copy.

A Vision of Fire is an easy book to get into. You'll find yourself flying through the chapters. It's fast paced and dives right into the mysteries. It reads so quickly that sometimes we would like a little more. Occasionally an event happens so fast that you haven't had time to properly connect with the people involved, which can leave you less connected to the story as a whole. Now the book was originally plotted out to be 120k words, but was taken down to 80k. That's probably one of the reasons why A Vision of Fire reads so quickly.

If you find yourself turning the pages too often, listening to the audiobook will slow down your digestion of the story. First off, it's read by Gillian herself, so that's a great reason to listen to it. Plus in audio format, the dialogue automatically picks up more weight due to the emotion brought in by the narrator. It's about 9.5 hours long and is a great way to supplement your reading of the hard copy. There's also the fact that Ben is secretly British, and you wouldn't know that had his lines not been accidentally recorded with a British accent.

What else is there to look forward to in A Vision of Fire? Well aside from the story's main mythology that will easily pull you in, there were several things we were very impressed with. The story incorporates modern technology flawlessly into the plot, grounding it very much in the present when a character reaches for their cell phone to check the time instead of using a watch. Haven't we all done that ourselves? Tablets, video sharing, skypeâ€”Gillian and Jeff have done a great job here. It's a small portion of the book, but it makes you feel like the story is very much happening in this world.

The novel also has a great deal of accurate detail when exploring other cultures. For example, the specifics used to enhance the description of Haitian traditions makes the story that much more lifelike. In a recent interview, Gillian mentioned that it was Jeff's researcher Claire who helped to bring things like this to the story. We think that Claire has certainly done her job here.

We're not sure how Gillian juggled it all, but clearly she's been teaching Caitlin O'Hara how to do it, too. If you haven't already, we recommend picking up a copy. It's unique to see someone whose talent we all value portrayed in a new medium. We think many of you will be enjoying A Vision of Fire and are looking forward to hearing your thoughts.

So grab a hard copy, an eBook, or the audiobook and get to know Dr. Caitlin O'Hara. Jeff and Gillian have put a great deal of work into this first novel, and we're Fire and are looking forward to hearing your thoughts.